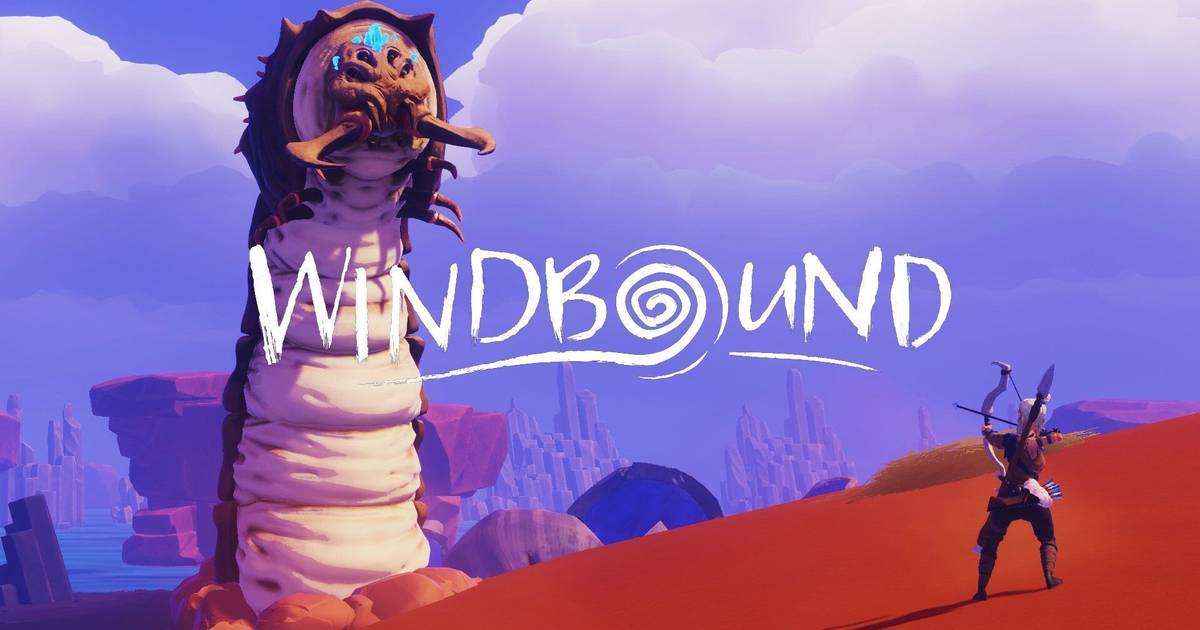 The game Windbound is full of magic and enchantment telling the tales of their origin and revealing the role Kara unknowingly plays in it as each artifact that she unearths unlocks a new clue to her past sails are high and the wind is strong as my small and humble boat cruises through open waters. It’s my first self-built ship and, thankfully, everything is running smoothly, until I suddenly crash into a surprise reef and a bunch of beefy crabs chew my lovely boat into a husk.

Boat life isn’t always smooth sailing in Windbound. After my epic—if the small—vessel was defeated by a bunch of angry crustaceans, I swim back to shore and begin to gather the necessary materials to rebuild. Scavenging for the resources I need takes me no time at all, and before my hatred of crabs has time to manifest into a full-blown grudge, I’m out on the sea again. Windbound wants you to enjoy the pleasures of sailing without the time-consuming grind and it’s something I more than appreciate.

Survival is geared towards sea exploration and for Kara, the game’s protagonist, sailing comes as second nature. Kara is from a tribe of nomad sailors but gets separated from the group during a sea storm. After washing up on the sandy shores of a mysterious island, she discovers an ancient power and decides to restore energy to the ruins scattered across the world’s islands—think Disney’s Moana mixed with Breath of the Wild.

Each day is a cycle of hunting, gathering, crafting, and sailing as you begin to explore Windbound’s waters. It’s an open world where instead of one large landmass, there are lots of small procedurally generated islands, so upgrading your ship is vital for exploration. After you’ve collected all the resources from an island they’re gone for good, so you’ll have to keep island hopping to survive.As well as expanding your boat, you can also craft weapons, tools, and better clothing. The only enemies you’ll be up against are the islands’ natural residents and I made the grave mistake of underestimating the warthogs. I was whittling down the health of what I thought was an adult warthog only for its much larger, fiercer mama to kick my butt.As you travel further you’ll find forest, desert and swamp biomes, which can drastically change your survival tactics. I got completely lost in a foggy swamp and had to sneak around so as not to get attacked by poisonous wildlife. After clearing an island of its resources and restoring the energy to its tower, it’s time to move on—there’s always an island or two on the horizon to entice you.

In my hour with Windboud, the only nautical dangers I had the pleasure of running into were surprise reefs and angry sets of pincers, but there are plenty of other threats when sailing. Developer 5 Lives Studios warns of bigger creatures lurking beneath the waves that can attack your boat if provoked. Thankfully, controlling the ship is a dream, and navigating your vessel over rough waves and crashing tides gives you a better chance of taking on these5 Lives Studios says it really wants to capture the feeling of freedom that sailing evokes, and I think Windbound does that. When you’re out at sea and your sails start to catch the wind it’s a great feeling. Storywise I think it’s a little thin, but the feeling of being out on the open water is great fun. I now have a need to build a boat that would be big enough to rival the Kon-Tiki, but I’ll have to wait until Windbound is out later this month to make my vision a reality.

*GET NOTIFICATIONS FROM Gamers Dignity* Windbound is a promising survival game set on an unexplored island. As marooned warrior Kara your primary task is to survive, but this doesn’t look like your average tree-punching sim. You’ll have several islands to explore for resources, as well as a tidy sailing vessel to travel between them. The art style is reminiscent of Zelda: Breath of the Wild, but the focus on nautical adventuring recalls Wind Waker, as well.

Survival seems to be the focus, but you’ll also be learning about the so-called Forbidden Islands, which is exciting indeed, as all forbidden things are. According to the Steam page each island has its own “wildlife, landscapes and challenges to face,” and you’ll be crafting weapons and tools to make the dangerous adventure a touch less dangerous.